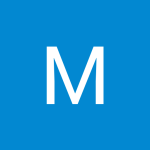 The Bayelsa State Commissioner for Health has pledged the government’s commitment to upgrade and equip the General Hospital in Koluama, Southern Ijaw local government area of the state, and associated facilities, in order to preserve lives in the area.He revealed this on Friday 24th September 2021, during a courtesy visit from a delegation representing Koluama community in Yenagoa.

The Commissioner said he is aware of the challenges they face as he witnessed it first hand when he worked in the area with the World Health Organization (WHO) some years back.He noted that the Governor, Senator Douye Diri feels the pains of the people and is doing his best to create better health outcomes for Bayelsans, but a major challenge has been scarcity of funds.

Dr. Igwele said the health system is undergoing restructuring, adding that doctors and other medical professionals will be redistributed to areas in need to care for the people and save lives.He said the Ministry of Health plans to set up a health management team for every community to check the quality of care given to patients, and advised residents in the state to report health workers who fail to stay at their duty posts to the appropriate authorities.

Speaking earlier, the Leader of the Delegation, Hon. Ebipatei Apaingolo thanked the Commissioner for being a friend to the people of Koluama and always helping out in times of distress.He praised him for his visionary leadership that has caused a paradigm shift in the health system, pledging to always do their best to support his developmental strides.He stated that several lives have been lost because there is no functioning health facility in the area, and requested that the hospital there should be fenced, with light and water made available such that doctors posted there will feel comfortable and secure.

Another member of the team, Chief Captain Patrick Ekubo said the people usually have to plead with the medics in the Naval Base Koluama to get basic medical treatment since they cannot get it anywhere else.He said the community is ready to play their role in protecting doctors sent to them, and will collaborate with the Navy in that regard, to ensure that the doctors are safe and their people recieve quality health care.